It seems a weird time to be celebrating or marking anything, but it is a fact on the calendar that next Wednesday marks the 40th anniversary of my first newspaper interview.
Essentially, I have been in the news business for 40 years now, and almost always dominated by newspaper work. I briefly tried radio for a few months and certainly I have added work on our digital platforms since I returned to the Eagle, but generally I have been about putting out a newspaper. And I figured out I've spent about 30 of those years in Marion and Walker counties.

The field may be set for the race to fill the Seat of our iconic senior U.S. Senator, Richard Shelby. When Senator Shelby announced that he would not seek a seventh six-year term in the United States Senate earlier this year, many of us expected a stampede of candidates to throw their hats in the ring. When a U.S. Senate seat opens for the first time in 36 years, you might expect everybody who had ever won a 4-H speaking contest to enter the fray. However, I guess politics does not have quite the allure that it used to in bygone days.

Marion County Probate Judge Paige Vick addressed the Marion County Commissioners on Tuesday, Aug. 3, to ask for a little over $200K to digitize deeds and mortgage files from 1901-2007.
Vick wants to use American Rescue Act funds to move the project forward, but even if this project is not eligible for those monies, we at the Journal Record believe the project should be funded in any way possible.

Community “Guin Together” signs are placed outside of the local 3M manufacturing plant. [Scott Johnson/Staff]

GUIN — The 3M facility in Guin is facing a proposed consent order from the Alabama Department of Environmental Management (ADEM).
PFAS and PFOS, also known as “forever chemicals” were discovered in Guin's water supply last year. The 3M plant is located just upstream from the city's water plant on Purgatory Creek. 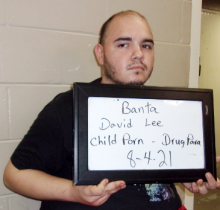 GUIN – A Marion County man has been arrested and charged with fifty counts of possession of child pornography.
David Lee Banta, 25, Guin, was arrested without incident on Wednesday evening, Aug. 4, at his residence by the Marion County District Attorney Investigators. 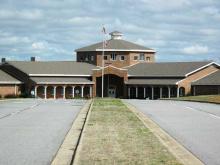 WINFIELD — Winfield students returning for the fall semester will be required to wear masks, according to Winfield City Schools’ Path to Reopening.
The document, released by the board of education and amended on Aug. 6, details the precautions that will be put in place for students and faculty as the new school year begins in the midst of a rising number of COVID cases. 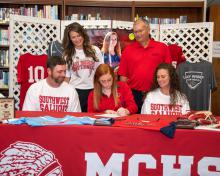 GUIN – Marion County High School (MCHS) graduate Tori Taylor has signed with Southwest Tennessee Community College in Memphis, Tenn., to play softball.
The daughter of Steven and Rebecca Taylor, the Lady Raiders outfielder says she plans to pursue a career as a physical therapist assistant.
During her senior year, Taylor was named most improved, best offensive player and team captain. 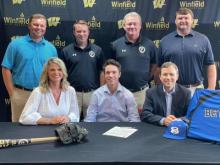 (Editor’s note: This is the second installment in a two-part series listing the honors and achievements of the members of the 2020 and 2021 Marion County Sports Hall of Fame classes. New inductees have been listed three schools at a time, alphabetically by last name.
The 2020 class was delayed until this year due to the COVID-19 pandemic. Today’s listing includes inductees from Hackleburg, Hamilton and Marion County High School (Guin).

Have you ever heard a story about someone that seemed hard to believe? Maybe they quit a job they’ve had for 20 years or maybe they committed a crime, but when you heard their name you thought, “Really? That person? They did that? I never dreamed they would (or could) do something like that.”
I feel like that’s my life right now. I’m the person doing things that people are saying, “Really? You? I never pictured you doing something like that….”

For over a year I have been touting the fact that the 2022 election year in the Heart of Dixie was going to be the busiest and most monumental in history.
Folks, it looks like it is not going to be as eventful as anticipated.  Yes, everything is on the ballot, but the power of incumbency is thwarting the drama.  It appears the U.S. Senate race is going to be the marquee event.