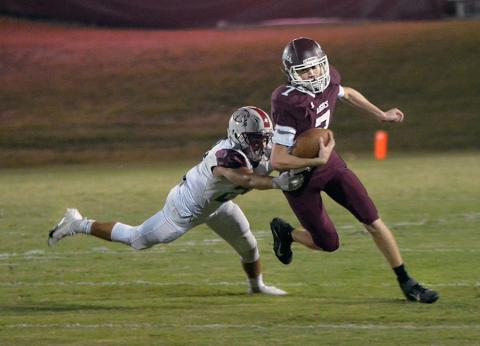 HAMILTON - The tension could be felt through the crisp autumn air as the Hamilton Aggies and Haleyville Lions took the field at Joe Sargent Stadium for the 75th edition of their notable rivalry on Friday night, Oct. 2.