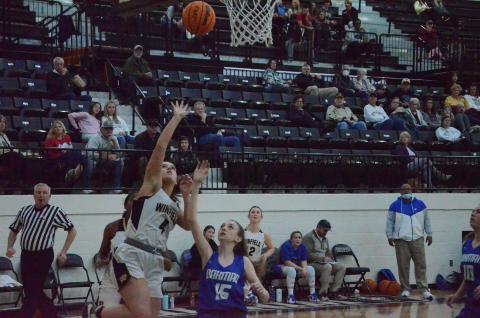 Winfield’s Brook Boman (#4) takes a shot during the first half of last Thursday’s game against Oakman. Boman scored a total of 8 points during the game.

The girls started off strong in the first quarter with 24 points to Oakman’s 2. The Lady Pirates held steady through the rest of the game, only allowing 10 points in the second quarter, 2 in the third quarter and none in the fourth.

The guys also took off to an early lead over Oakman.