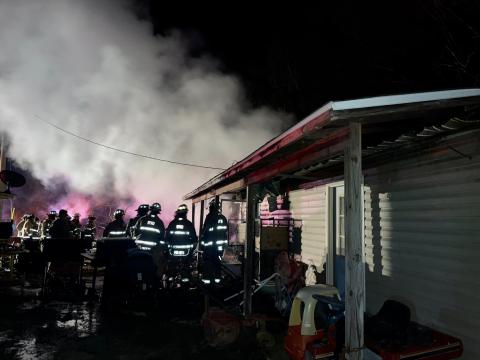 By Louis Mellini
Staff writer
DETROIT — While many were wrapped up in their blankets during the intense cold weather on Christmas Eve, the Byrd Fire Department was hard at work responding to a structure fire that took place on Sunday, Dec. 24, on State Highway 19.
On the morning of Christmas Eve, the Byrd Volunteer Fire and Rescue Department was dispatched by Marion County E-911 to a reported structure fire.
When the department arrived, the Marion County Sheriff’s Department stated the house was fully engulfed in flames.
Because of the weather on the day, units on the scene not only had to fight heavy fire conditions but fight off the extreme cold that had taken over the county on the weekend.